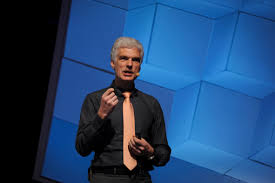 Singapore, 9 Mar 2018 – A widely quoted 2011 study by researchers Richard Arum of New York University and Josipa Roksa of the University of Virginia, showed that a large proportion of students showed no significant improvement in skills during their first two years of college.

A follow-up study a few years later tracked the same cohort of undergraduates as they finished college and entered the working world. The results again were not encouraging.

Studies on adult skills conducted by the Organisation for Economic Cooperation and Development (OECD) also show that high school graduates in some countries have finer literacy and numeracy skills than college graduates in other countries.

These studies prove that there is a real need to examine if and how universities add skills and value to their students, says Mr Andreas Schleicher, who heads the education and skills directorate in the OECD. “Let’s face it, at the moment, degrees are used as a proxy for skills and, as many surveys suggest, they are a poor proxy for skills,” says the German known for not mincing his words.

He points out that even if a student acquires skills and knowledge, these can quickly become obsolete in this fast-changing word.

“Degrees signal what you did in the past. They don’t necessarily show what you can do today,” he says, using his own university education as an example.

“I studied physics but if you put me in a lab now, I won’t be able to do a great job,” he says.

I believe the future is not with degrees, but with microcredentials – a certification indicating competency in a specific skill. Learning will be done in many different places and many different ways, both online and offline. Increasingly, employers will not just be looking at degrees, but at certifications, badges and various other forms of skills assessment. It’s already happening in some fields, such as computing, with tech companies. And in a world faced with constant change, frontloaded learning – the current model of studying four years for a degree and then going out to build a career will not work anymore. We have to keep learning, while earning. You have to keep going back to re-learn and re-skill, as you have to adapt constantly.

When Mr. Andreas Schleicher, on whether he thinks the future of learning lies with university degrees.

He says the OECD, in partnership with a handful of European universities, is currently undertaking another study to measure if universities do indeed add skills and knowledge to their students over the course of their degree studies.

The assessment will take into account the set of skills with which students started their university studies and then try to measure the gains they made over the course of their degree programme.

So, for those going from the A levels to university, their A-level scores are used as a proxy for the skills they have acquired till that point. These will be compared to the results of the OECD test given to undergraduates at the start of their final year, measuring their generic skills, such as critical thinking skills and writing skills. This will show how university study honed and expanded their skills.

They were tested on skills such as reasoning and problem-solving, as well as skills related to their disciplines.

The study raised a storm of protests from university administrators, with many raising questions on whether a common benchmark would accurately compare systems across countries.

But Mr Schleicher notes that since operational problems can be worked out, the opposition to the test was more political.

Simply put, the big guns do not like the test while countries with low-profile universities are “often more interested in a new kind of measurement because for them, it’s an opportunity”.

It is a different story with institutions built on past reputation. “It’s difficult to get buy-in from elite institutions that have a lot to lose.”