Conservative consumers are motivated to maintain their status, which in turn increases their desire for luxury goods and services.

Fontainebleau (France), Singapore, Abu Dhabi, 23 July 2018: Political allegiance has a critical role in the decision to buy luxury goods. New empirical research by David Dubois, Associate Professor of Marketing at INSEAD, Jeehye Christine Kim of Hong Kong UST Business School and Brian Park of J. Mack Robinson College of Business at Georgia State University, shows that conservative shoppers are much more likely than their liberal counterparts to purchase luxury items if and when they believe the purchase will help them maintain their social status.

This is down to a conservative inclination to preserve socio-economic order and an aversion to change in the social hierarchy, said Dubois. This can influence the demand for luxury products positioned as having the ability to maintain one’s status as well as make conservatives more sensitive to luxury at times of change in the broader environment (e.g., social changes).

Initiated at INSEAD, Dubois and his colleagues’ research is among the very first to establish a causal link between luxury purchasing patterns and political proclivity. It builds on a fundamental understanding that people buy luxury goods to signal their status. Novel to the research, the authors show that people seek status signalling for one of two critical reasons: to maintain their social position vis à vis others, or to advance their social standing.

In their paper, “How Consumers’ Political Ideology and Status-Maintenance Goals Interact to Shape Their Desire for Luxury Goods”, just published in the Journal of Marketing, Dubois, along with colleagues Kim and Park, both former INSEAD PhDs, hypothesized and found that when the motive to maintain one’s current status is salient, conservatives desire luxury goods more than liberals. “This is because conservatives – but not liberals – tend to view these goods as strengthening the stability of their position,” said Kim. “This also indicates that conservatives’ greater desire for luxury goods does not stem from “keeping up with the Joneses” but rather from a strong urge to maintain their social standing,” added Dubois. To put this hypothesis to the test, Dubois and his co-authors ran a number of in-depth studies based on different samples and analyses using actual sales data, as well as online experiments to test how and when such an effect of status maintenance on the desire for luxury products and services occurs.

Looking for a baseline connection between greater desire for luxury goods and political conservatism, the researchers began by examining survey data from 21,999 car purchases across 51 US states between October 2011 and September 2012.

Respondents provided information about their political beliefs, their desire to buy luxury goods and their social status. Dubois and his team found a direct link between the political orientation of high status individuals and how likely they were to buy a luxury car.

“We found that Republicans with high social status were 9.8% more likely than high-status Democrats to buy a luxury car. Intrigued, we dug a little deeper and discovered that while high-status Democrats spent $29,022 on average, their Republican counterparts were spending $33,216 on cars. For luxury car sellers that meant a median difference of 14.45% increase in sales to conservative customers,” Dubois said.

The status-maintenance hypothesis was then tested in several survey studies across different sample groups, which further examined when and why the desire to maintain one’s status can be activated.

In one study, the researchers hypothesised that activating either the status maintenance goal or status advancement goal would increase their desire for luxury compared to a condition where no status goal was activated. They recruited 403 participants who viewed one of three advertisements for the same eyewear product. One aimed to activate the motivation to maintain status by advertising the sunglasses as being able to “keep your status with status”. One was centred on status advancement, “update your status with status” and one was positioned as “eyewear for everyone”, which was a “no status condition”.

Common to both Republicans and Democrats, consumers exhibited greater willingness to pay for the eyewear emphasizing either status advancement or status maintenance, than for the item without a status positioning.

In another study demonstrating the practical consequences of the effect, the researchers asked 300 individuals to indicate their willingness to pay for a set of headphones framed as a luxury or a non-luxury product. Headphones were chosen because they were status-signalling among the target sample. After assessing their political conservatism, Dubois, Kim and Park subtly manipulated the focus of respondents’ status goal by engaging them in a short writing task during which respondents either reflected on the importance to maintain or advance one’s status.

After status-maintenance was momentarily activated, individuals of strong conservative beliefs were willing to pay on average $109.8 the headphones. By comparison, the desire for the headphones was 83% lower after status-advancement was instead momentarily activated among individuals with strong conservative beliefs, amounting to a willingness to pay of $59.9.

The difference was also significant when comparing it to that of individuals with strong democrat beliefs. “That $109.8 that Republicans are willing to pay compares to only $65.1 that Democrats with the same status maintenance goals were willing to pay – a difference of 65%,” says Kim.

By varying the framing of a single product, this study provides evidence of when such framing may increase consumers’ response to brand communication and advertising depending on the dominant political ideology in the target market.

The research demonstrates that political ideology, coupled with a distinction between maintaining and advancing social status provides a very powerful segmentation and targeting tool for luxury brands. And it’s there for the taking.

“This is a very accessible tool for luxury brands. Political affiliations can be determined along geographical lines – and there are tons of granular data easily accessible that enable brands to enact a segmentation based on political ideology”, said Park.

Recognizable digital footprints indicative of conservative or democratic beliefs may also be leveraged on online platforms such as social media or even search patterns.

“It’s easy to assess people’s ideology from what they’re saying online on social media– who they follow, the content they ‘like’ – and via their preference for different media outlets or platforms.” said Dubois.

The key, says Dubois, is then to refine product or service positioning and messaging in a way that highlights how that product helps customers maintain their status. Conserving status frequently permeates communication in the luxury sector. Rolex has long told its customers that ‘class is forever,’ while Patek Philippe advises its clients that ‘you never actually own a Patek Philippe. You merely look after it for the next generation.’ Dubai-based DAMAC, a luxury real-estate company, tells prospective buyers that their properties will “complement” their stature.

Luxury brands could also consider changes in one’s market environment when making brand or communication decisions. Political changes or external threats or crises that can potentially reshuffle the hierarchy can indeed also activate the motivation to maintain status.

“External shocks like economic crises or a threat to status can produce a surge in interest for conspicuous consumption, in particular beauty and appearance products – a phenomenon referred to as “the lipstick effect”.” These findings suggest that the lipstick effect may be stronger among Republicans than Democrats. “Republican consumers are susceptible to economic or political uncertainty because conservative ideology naturally tends towards the conservation of the hierarchy and the preservation of status,” said Dubois.

“Making the connection between politics and audience segmentation might be new, but it is also a logical step,” said Kim. Luxury and politics share in common being at the heart of stratifying societies for centuries.

“We felt it was a natural question to ask. If political ideology shapes people’s views about social hierarchy – from resource redistribution to social judgment, why shouldn’t it also sway consumption behaviours tied to social hierarchy, such as the desire for positional products, among which luxury are primary?”

“And it turns out that political affiliation is a very easy segmentation variable that can genuinely inform luxury brand strategy and practices”, Dubois concluded. 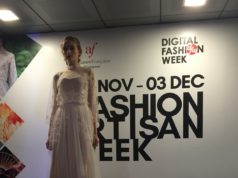