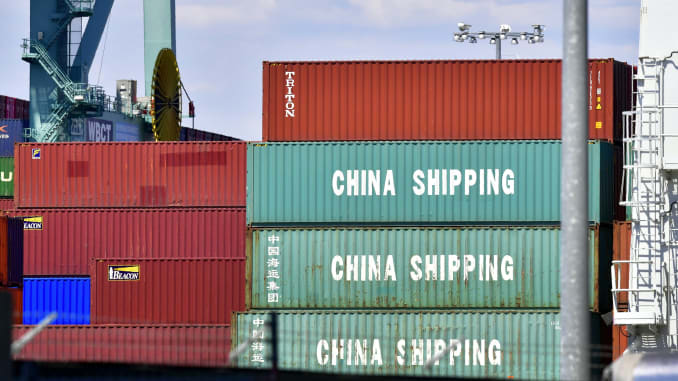 China’s total exports expanded in 2019 but its trade with the US dropped much because of the trade war.

Its exports increased 0.5% in 2019 from a year earlier, while imports declined 2.8% in dollar terms, leaving the trade surplus at $421.5 billion, according to the customs administration.
As China’s trade with the US declined nearly 11% in the year in yuan terms, the US fell to third place behind ASEAN while the European Union continued to be China’s largest trading partner.

Tomorrow, Chinese Vice Premier Liu He is expected to sign the first phase of the trade deal with the US in Washington.

Bloomberg reports that the truce has calmed fears of an escalating trade war between the world’s two largest economies, at least temporarily, at a time when investors are nervous over the conflict in the Middle East and volatile oil prices.

On Friday, the government is scheduled to announce 2019 gross domestic product growth. Last weekend, China’s statistics bureau gave an indication of the results when he said the country would reach its target of economic growth of 6% to 6.5%.

This month, China’s central bank trimmed a key interest rate to keep domestic liquidity conditions relatively supportive amid a broader government drive to shore up the private sector, and ahead of the expected cash crunch during upcoming holidays.

As with the rising pork prices, overall consumer inflation steadied in December and left room for monetary easing to cement a recent stabilization in economic growth.

“China’s exports will improve as the global tech cycle picks up, despite the strengthening of the yuan in the last two months,” said Raymond Yeung, chief Greater China economist at Australia & New Zealand Banking Group Ltd in Hong Kong, quoted by Bloomberg.

“Nonetheless, headline trade will likely strengthen in early 2020 and the market may misattribute that to the trade talks. My bottom line is that the trade relationship remains vulnerable and import tariff rates remain high.”