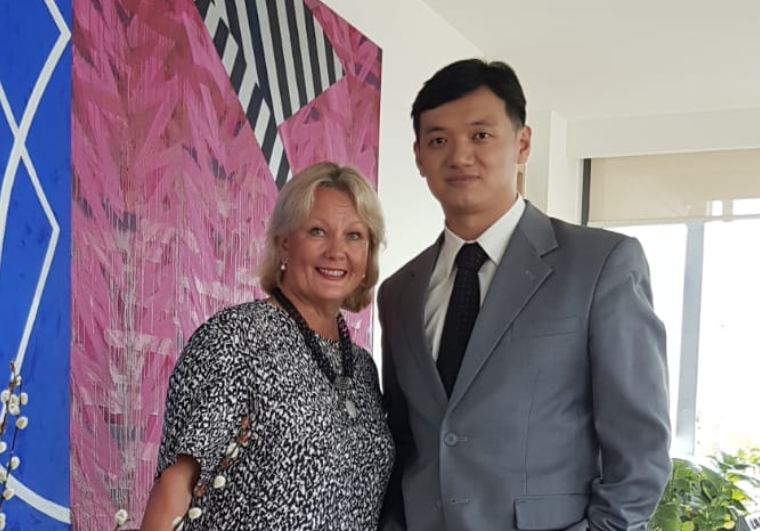 “Finland is an engineering nation. In the past year, I have been invited for opening and upgrade of R&D centers here,” said Parviainen, who has been Finland’s 7th Ambassador to Singapore since September 2015.
Over the past three years and a half, the number of Finnish companies in Singapore has grown from 80 to 180 most of which are hi-tech companies, according to figures provided by the Finnish Embassy in Singapore.
Those companies include start-ups as well as multi-national companies such as KONE and Nokia.
Besides, there are two major Finnish corporate innovation centers in Singapore: Nokia APJ HQ and Cloud collaboration Hub which opened in April 2018 and Wärtsilä Acceleration Centre and Maritime Cyber Centre of Excellence which opened in October 2018.
Meanwhile, several hundred more Finnish companies provide their products through local distributors and partners.
“For the business, I would like to see Finnish solutions and companies tied up with Singaporean companies to enter the Chinese market,’’ said Parviainen, noting that sometimes hi-tech start-ups are hard to enter the Chinese market on their own.
Parviainen hopes that Fortune Times, as a major Chinese-language business magazine in Singapore, will play a role in facilitating Finnish companies to develop and find their partners in the Chinese mainland.
Parviainen is a legendary diplomat with a close relationship with Singapore. During her University years, she worked as a stewardess at Finnair from 1984 to 1994.
After joining the Ministry for Foreign Affairs of Finland as of 1995, she served on postings in Singapore from 1996 to 1999.
Things have come full circle. After more than a decade of diplomatic postings in France, the US and China, Parviainen returned to Singapore in 2015 to become the Ambassador of Finland.
Fortune Times will publish an article of Paula Parviainen in its first issue after the Chinese New Year.
Besides business, the story will also cover education, women empowerment and the legacy of Singapore among other issues from the perspective of the Ambassador.

Singapore PM says will reshuffle cabinet to support his successor