Home COVID-19 Singapore’s General Election is nearing but when?
Share

(Singapore, June 9, 2020) Although the Elections Department has issued a contingency plan for Singaporeans to vote safely and the Deputy Prime Minister has called the coming general election (GE) a direction-setting one for the next decade, the question of “when” remains on everyone’s mind.

Under the election rules, GE must be held within three months after the dissolution of Parliament. Thus, for this time, the Parliament will have to be dissolved by January 2021, and the GE must be held before April 14, 2021.

“We will have to let Singaporeans decide… but I think beyond the election, the really critical issue for all of us is, how do we bring our society together to cope with this period of massive changes,” Deputy Prime Minister Heng Swee Keat said on Monday as quoted by The Straits Times.

Among them, voters will have to keep a safe distance from people around them at all times inside the polling station; seniors aged 65 years old and above will be allotted recommended 2-hour voting time-bands from 8 am to noon; the number of polling stations has been increased from 880 to 1,100 to reduce the number of voters at each station.

In addition to ELD’s announcement of safety measures, the Government has launched a series of national broadcasts about the post-COVID situations in the island country from June 7-20.

After PM Lee Hsien Loong made the first speech on June 7, DPM Heng Swee Keat, SM Teo Chee Hean, SM Tharman Shanmugaratnam, Minister Chan Chun Sing and Minister Lawrence Wong will deliver similar televised speeches to explain what a post-COVID-19 future looks like for Singapore, and to map out plans to see us through the storm and emerge stronger.

From 7:30 pm today, Lawrence Wong, Minister for National Development and Second Minister for Finance, will deliver a televised speech under the title “Living with COVID-19”.

The series broadcasts, together with the safety measures and DPM’s words, are generally viewed as signs that the GE is approaching.

Some professional political analysts believe that mid-or end-July will be the most likely time slots for GE.

According to an analysis of Mothership.com, this period will coincide with the transitioning out of the circuit breaker period into the second phase of the re-opening of Singapore’s economy, when more social activities will have resumed, and all students will be returning to schools.

“Phase one starts on June 2, and will likely last until July 2,” the Mothership article says, noting that when phase two rolls around, political campaigning can resume, but mass rallies might not be possible — to the detriment of opposition political parties.

Given the fact that it could take about two weeks to get to Nomination Day, and a week or two for campaigning, the Polling Day could be in the middle of July, the report says.

GE may also occur during the school break in late July when the school buildings can be used to prepare polling stations.

Another likelihood is August or September, but less likely, because of the mounting uncertainties of COVID-19, especially after there has been a rise of confirmed COVID-19 cases since the circuit breaker ended on June 1.

For the same reason, it will be even more unlikely for GE to be held in 2021. 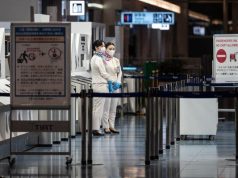 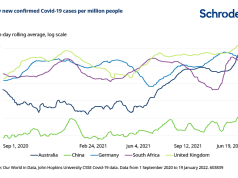