Home COVID-19 How the digital economy aided China’s fight against the coronavirus outbreak? 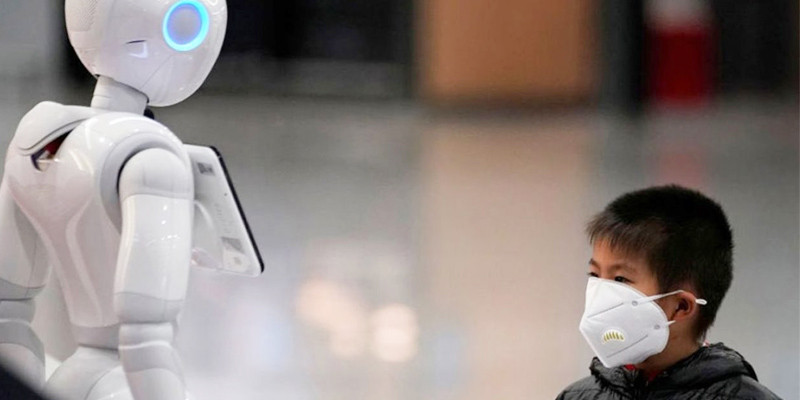 Mere weeks into 2020 and the very first so-called ‘black swan’ of the new decade arrived. By Chinese New Year, the COVID19 epidemic had fully blown up, plunging the country – and the wider world – into a health crisis.

The rapid escalation of outbreak has caused serious concerns among the Chinese public, disrupting both social and economic activity, and putting the nation’s health system under strain. Although the situation is still unfolding, we have observed the significant role that digital technology has played in the fight against the outbreak thus far.

The power of social media

While social media’s far-reaching power is well-documented, it is worth noting its influence during this outbreak. On 24 January, Chinese New Year’s Eve – the day Wuhan was sealed off – more than 160 hospitals were calling for financial help on Weibo – and their posts gained traction as monetary donations arrived.

According to Alibaba, an online philanthropy project called “Keep fighting, Wuhan” aggregated ¥70m in the first eight hours after its January launch.

Weibo also created a ‘super-topic’ section for coronavirus patients, a community-based function similar to a hashtag, allowing infected individuals and families with no access to hospital resource to seek help online. In just a few days, it gained 374,000 followers, with around 1,000 posts being read 830 million times. According to Weibo, some 33 cases were properly addressed in just one day thanks to the online appeal.

But social media’s power is not only being exploited by the mass public, it’s also becoming a quasi-official communication channel for governments during the epidemic.

As most companies, schools and government departments now require their employees to work from home until the epidemic subsides, the Chinese Ministry of Foreign Affairs recently hosted its first press conference with over 200 journalists via Wechat, the country’s most used all-in-one ‘superapp’ run by Tencent. Elsewhere, governments like Singapore are pushing live updates on WhatsApp, such as government advice, in an effort to boost information transparency.

In addition, given the overwhelming amount of information about the virus available online, a real-time fact-checker has been launched on platforms such as Tencent News, enabling users to identify fake news.

The boom in digital healthcare

On the healthcare front, much has changed since the SARS outbreak 17 years ago – most notably, China’s online healthcare market has enjoyed an exponential boom.

Since the coronavirus outbreak, more than 10 online Chinese medical companies, including Ali Health, Ping An Good Doctor and WeDoctor, have come together to offer free online consultations and livestreaming from medical professionals.

Online medical service platforms have seen spikes in usage after combining efforts to fight the virus. According to Ali Health, during the first 24 hours after its mini-consultation service was open online, the platform attracted 400,000 visits.

While online healthcare has been a handy supplement of the traditional hospital resource, the virus outbreak also enabled key players in internet healthcare to quickly grow their user bases at a relatively low cost. For example, Ping An Good Doctor, the first online healthcare platform with more than 300 million registered users, disclosed recently that during the outbreak, the total visits to its platform reached 1.1 billion, with new registered users of the app users increasing tenfold.

Next-level technology to the rescue

Given the highly-contagious nature of the virus, medical staff are amongst the most exposed to infection. In this case, medical robots have the potential to be a real game-changer. In fact, the first US patient diagnosed with the virus was treated by a robot.

In China, according to Guangdong Health Commission, a hospital has started to use two robots powered by artificial intelligence, which are even capable of disinfecting themselves to help treat coronavirus patients. The pair of droids began to deliver medicine and food to sufferers as well as collecting bed sheets and medical rubbish.

In addition, the Chinese government has launched talking drones to ensure everyone is following procedures, such as wearing face masks. The drones are being deployed from the northern region of Inner Mongolia to the southern province of Fujian.Technology is also being used in villages to spray disinfectant in response to coronavirus.

Meituan, China’s largest platform for lifestyle services and products backed by Tencent, was among the first to introduce “contactless” food delivery. The company installed contactless meal retrieval lockers around hospitals so food can be left securely by riders and unlocked by medical staff using a quick response (QR) code.

In the consumer sector, we estimate e-commerce sales as percentage of retail sales in China this year could reach as high as 30% due to the outbreak. As a greater number of consumers go online, we believe education and healthcare companies will also benefit. The underlying enabler of these will be in software, cloud, and infrastructure.

Specifically, on the healthcare side, we see opportunities in tele-health and remote diagnostics, which helps to resolve two key issues with China’s healthcare system – a lack of quality healthcare resources in rural areas and the long wait times and poor-quality face-to-face consultation in hospitals due to crowding.

Online consultations in China are estimated to account for 6.2% of total outpatient visits in 2019 and this could double over the next two to three years.  Online drug pharmacies will also likely emerge from the crisis with a higher adoption rate. Patients with chronic illness will benefit most as they won’t need to see a specialist every time they need a prescription refill. Total drug sales in China are roughly US$132bn per year, growing at around 8% annually, and a significant portion of this could be shifted online.

The rapid development of China’s e-commerce movement arguably started in the SARS period and subsequently hit the fast track, which contributed to the success of Alibaba and JD.com, two of the country’s best-known e-commerce groups.

During this outbreak, it’s reasonable to foresee that new retail business will continue to evolve in the time of Internet of Things, and potential new household names of the future may be already in the making.

In a post-pandemic world, a renewed focus on technology-driven ecosystems will propel the digital economy to the fore, and big tech will play a critical role in rebuilding the economy and providing universal access for all to a future-proof digital marketplace. 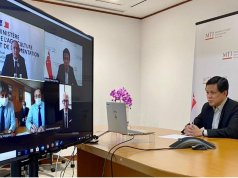 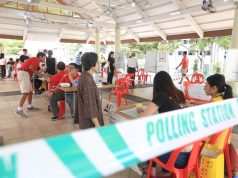 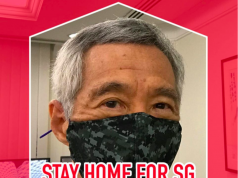