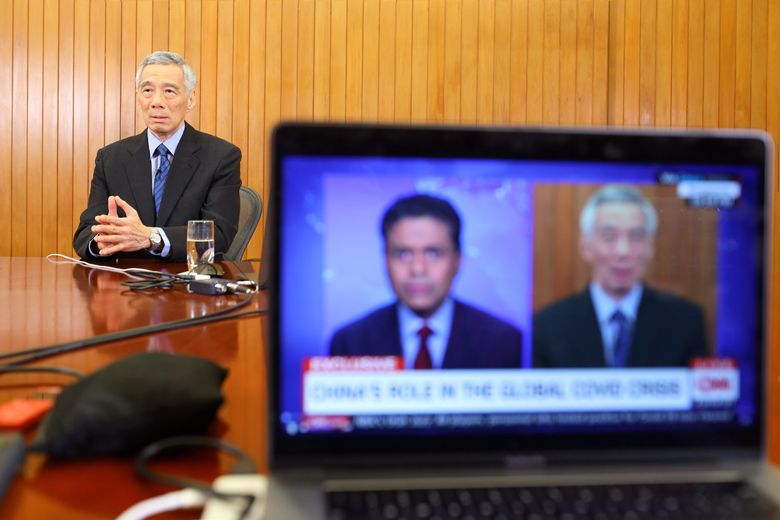 (Singapore, Mar 30, 2020) It could take years for the coronavirus to run its course and it’s too early to call the Singapore’s battle against it a successful one, Singapore’s Prime Minister Lee Hsien Loong has said over the weekend.

However, in a Sunday interview with CNN’s Fareed Zakaria about Singapore’s much-lauded response to the COVID-19 pandemic, Lee hesitated to call the Republic a “success story”.

“I hesitate to talk about success because we are right in the midst of a battle, which is intensifying,”  he said.

He said he doesn’t see the pandemic going away in a couple of months and expects it to spread to other parts of the world such as India, Africa, South-east Asia and Latin America.

“By the time it goes around the world, and then finally runs its course, I think that is several years, unless something happens to abort that process.”

Speaking of the US role in the pandemic, Lee said the world has greatly benefited from American leadership in such crises for decades.

He said that America has the resources, the science, the influence, the soft power, and the track record of dealing with these problems convincingly and successfully.

“It is a pity not to put those resources to work now, to deal with this very grave challenge to mankind.”

The city state’s Prime Minister also called upon the US and China to work together to combat the pandemic, instead of pointing fingers at each other for the outbreak.

“US-China relations have been complicated even before this. But if we are going to deal with this virus, you have got to get all the countries to be working together, in particular, the US and China.”

“But if the US and the Chinese are swopping insults and blaming one another for inventing the virus and letting it loose on the world, I do not think that that is going to help us solve the problem sooner.”

As to if China, where the virus emerged, deserves criticism for not being sufficiently transparent about the crisis during its early days, Mr Lee said: “I am sure that there were many aspects of the Chinese response to this outbreak which they will look back upon and believe that they should have done better.

“But I do not think overall that one can say this would not have happened if only the Chinese had done the right thing.”

“I think that we are in a very difficult situation and it is most constructive for us now to look ahead and find the best way to move forward and deal with a problem which we now have.”

He said that Singapore took COVID-19 very seriously from the beginning.

“We watched what was happening in Wuhan, in China. We prepared our people. In fact, we have been preparing for this since SARS, which was 17 years ago.”

He said that to tackle the virus through herd immunity, a controversial strategy to allow a community be infected and build immunity to the virus, would be very painful, as a large proportion of the population would have to be infected.

The other way is to flatten the curve, and that will take a long time. “You have got to hope for an off ramp to get off that path, and the only visible way to get an off ramp is to have either a treatment or an effective vaccine.”

Asked if Singapore had been able to contain the virus because of its “paternalistic system”, Mr Lee said that the Government had not exercised “extraordinary powers”.

“We put a lot of effort into explaining to (the public) what is happening, speaking to them and I have done it a few times directly on television, so people know that we are level and we tell it straight.”

“We are transparent – if there is bad news, we tell you. If there are things which need to be done, we also tell you. I think that you have to maintain that trust because if people do not trust you, even if you have the right measures, it is going to be very hard to get it implemented.”

Asked if the pandemic might lead him to put off his decision to step down as Prime Minister, Mr Lee commented: “I think this crisis keeps my hands full. Let us just focus on that for now.”

Indonesian Embassy presents awards to 8 entrepreneurs from Singapore and Indonesia