Singapore’s commercial real estate transaction volumes fell below the $6.94b (US$5b) mark in the first half of the year, according to the Real Estate Summary report of UBS Management.

The vacancy rate of office spaces continued to tighten to 4.8% in Singapore.

Singapore, on the other hand, is described to have performed “comparatively well” over the same period as its transaction volumes reversed the dip seen in H1 2018. However, the report noted that “chunky nature” of the investment activity hid the fact that the number of transactions was not high.

Also, cross-border capital and funds continue to be keen on the Singapore commercial real estate space.

The UBS Asset Management stated: “After the sale of Chevron House to AEW Capital in March 2019, Frasers Tower was reportedly sold to Korea’s NPS for more than $1.9b. At a quoted yield of 2.8% (according to RCA), this is most reflective of the situation in the Singapore capital markets – strong inflows chasing limited core assets.”

The leasing activity of retail property segment in both Singapore and Hong Kong softened in Q2 2019. Prime retail rents were still resilient due to low vacancy rates and continued demand for prime space. Likewise, Japan’s prime Ginza area has a vacancy rate of less than 5%, and with tourism inflows hovering around record-high levels, there was support for rents, which were stable in the same period. 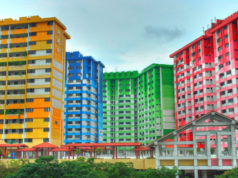