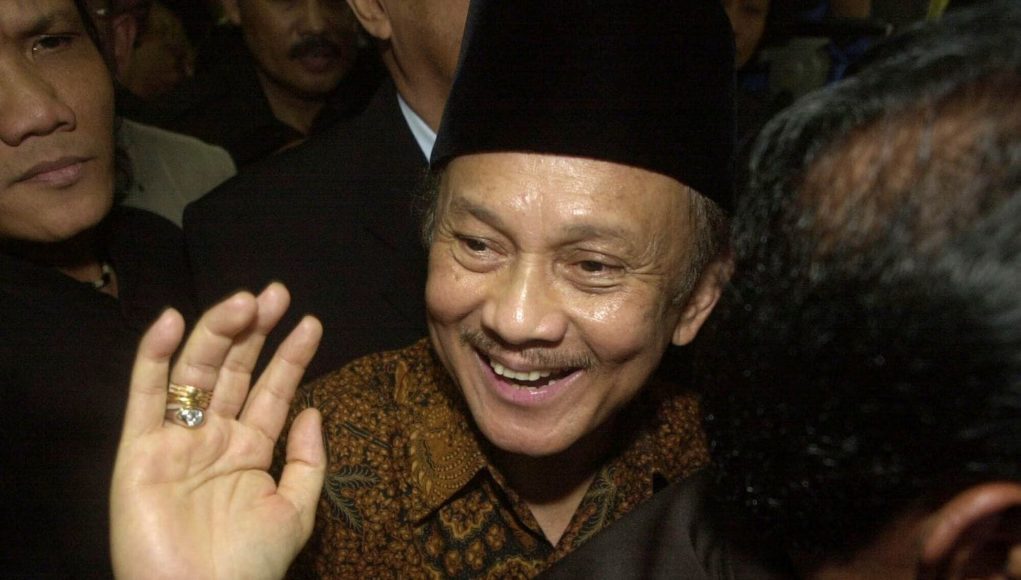 (Singapore, Sep 12, 2019) Singapore leaders have extended their condolences to Mr Ilham Akbar Habibie over the death of his father, former Indonesian president B J Habibie, according to CNA.

The former Indonesian president died of heart failure at Jakarta’s Gatot Soebroto Army Hospital at the age of 83 yesterday.

According to local media, Habibie had been hospitalized since Sep 1 for various health problems.

It was reported that he had undergone treatment last March in Munich, Germany for various complications relating to the heart, liver, and asphyxia.

President Halimah Yacob, in her letter of condolence, said Professor Habibie had been “steadfast” in his service to Indonesia.

“Indonesia has lost a leader who steered the country with purpose and direction during its transition to democracy and after the Asian financial crisis,” said Mdm Halimah.

“President Habibie was steadfast in his service to his country and in his efforts to improve the lives of all Indonesians.”

In a separate letter, Prime Minister Lee Hsien Loong wrote that the former leader had led his country during a difficult period of transition.

“President Habibie led Indonesia in a difficult transition during reformasi. It was a crucial turning point for Indonesia,” said Lee.

“He worked hard to stabilize the country in the wake of the 1997 Asian financial crisis. He also pushed for greater regional autonomy and decentralization in Indonesia, with a view to uniting and improving the lives of all Indonesians.”

The prime minister also noted Prof Habibie’s “passion for engineering and technology”, calling him a “scientist at heart”.

Lee said: “His passion for engineering and technology was evident when I visited the Bandung factory of Industri Pesawat Terbang Nusatura, now known as Dirgantara Indonesia, in 1987. ”

“It was an impressive facility, and President Habibie’s pride and joy,” he added. “He must surely be pleased with the significant strides that Indonesia has since made in growing its technology sector and the digital economy.”

“We met many times to discuss how Singapore and Indonesia could cooperate and complement each other to bring enduring benefit to our peoples,” said Lee. “We are permanent neighbors and friends, and our futures are intertwined.”