Home REGION Singapore Singapore population likely to be significantly below 6.9m by 2030 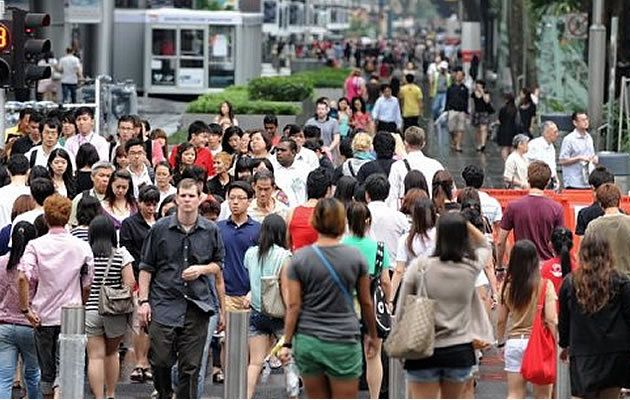 Singapore, 2 Mar 2018 – Singapore’s population is likely to be “significantly below” 6.9 million by 2030, said Mrs Josephine Teo, who is in charge of population matters in the Prime Minister’s Office (PMO).

The figure refers to a projection in the 2013 Population White Paper for planning purposes, which had sparked a public outcry.

Given trends in foreign employment and the current immigration rate, it is unlikely this will hit the earlier projected figure, added Mrs Teo, who is also Second Minister for Home Affairs and Manpower.

She also said, in the debate on the PMO’s budget, that Singapore’s population is expected to be below six million by 2020, as she outlined the strategies to re-invigorate the labour force in view of this trend.

While Singapore is not expected to make major changes to its immigration policy, it has been raising productivity and looking at how to further enhance a complementary balance between the local and foreign workforce.

The Manpower Ministry will provide more updates on how foreigners who come to work here can complement the existing skills of Singaporeans, she added. This builds on new schemes such as the Capability Transfer Programme, in which foreign specialists will be brought in to transfer skills to local trainees.

She said efforts to maintain this balance between locals and foreigners in the workforce over the past years have led to good employment outcomes for Singaporeans.

It has led to a growth in employment rates among those aged 25 to 64, and with real income growth at the median and 20th percentile of full-time employed citizens growing by 3.9 per cent and 4.3 per cent per annum between 2012 and last year.

The number of Singaporeans aged 20 to 64 is projected to peak at 2.2 million around 2020 and then decline, even with immigrants.

Workforce growth from this year to 2020 will also slow to about 1 to 2 per cent per year, she said.

Last year, 22,076 Singapore citizenships were granted, about the same as in the past five years.

The current rate of immigration allows Singapore to achieve close to the same effect as if Singaporeans had a full-replacement total fertility rate (TFR) of 2.1, said Mrs Teo. The TFR has hovered at 1.2 for the past few years.

The Government will remain selective about the profile of immigrants, said Mrs Teo, because it affects how Singapore grows a strong national identity.

“This is why we prioritise not only those who can contribute, but those who are also prepared to sink roots in Singapore, and can integrate well here,” she added.

Dr Gillian Koh of the Institute of Policy Studies said the projected figures Mrs Teo cited are not a U-turn from the 2013 figure.

While people who were worried about an overcrowded Singapore may not complain, businesses may “feel discomfort” with the Government sticking to its tight and disciplined outlook on manpower growth.