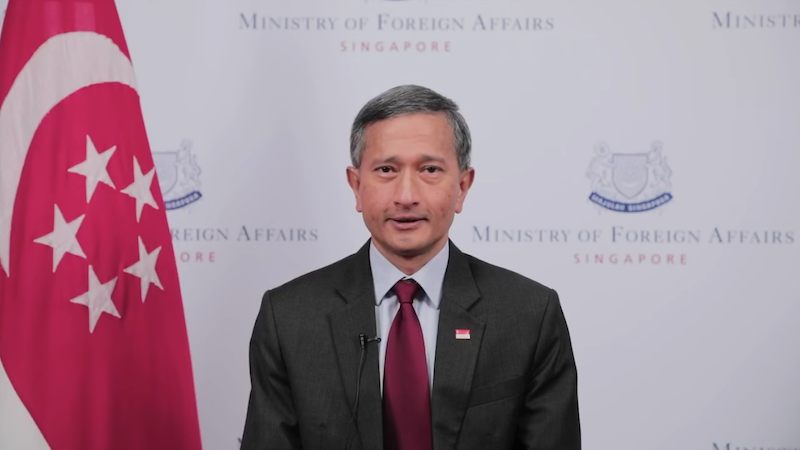 Dr. Vivian Balakrishnan said so after receiving a telephone call from Pompeo on 4 August 2020, according to a statement on Singapore’s Minister of Foreign Affairs website.

Both sides reaffirmed the excellent and longstanding ties between Singapore and the United States, underpinned by strong cooperation in economic, defense and security matters.

Minister Balakrishnan welcomed the United States’ sustained, constructive and stabilizing presence in the region and its continued engagement and efforts to strengthen cooperation with regional partners and ASEAN, including to overcome the impact of the COVID-19 pandemic.

Minister Balakrishnan and Secretary Pompeo agreed on the importance of ensuring that vaccines will be made available globally.

They also discussed collaboration in the research and development, manufacturing, and distribution of vaccines and the possibility of leveraging on the strong United States commercial presence in Singapore, including in pharmaceuticals, to this end.

Both sides welcomed the new areas of bilateral cooperation in infrastructure and trade as well as customs facilitation which will increase bilateral trade and strengthen the United States’ economic engagement of Southeast Asia.

“Singapore is not a claimant state and we do not take sides on the competing territorial claims. Our key interest is in maintaining peace and stability in one of the world’s busiest waterways,” the statement says.

“We uphold the right of all states to freedom of navigation and overflight, as well as support the peaceful resolution of disputes in accordance with universally recognized principles of international law, including the 1982 United Nations Convention on the Law of the Sea,” the statement says.

CapitaLand profits down 5.3% in H1