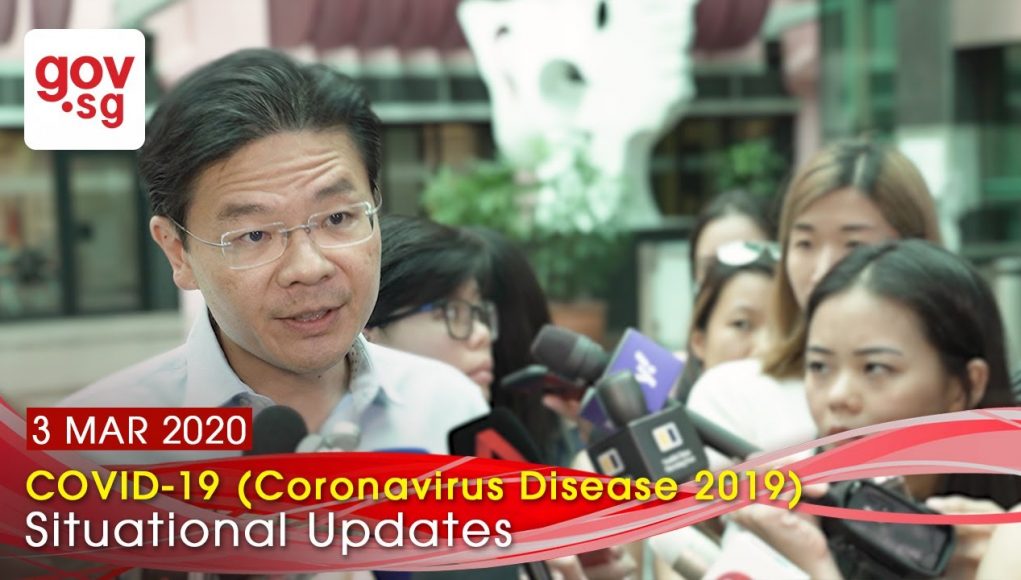 (Singapore, Mar 5, 2020)  “Those here may have become accustomed to the number of cases in Singapore increasing by ‘just a handful’ every day. But this may not be the norm, and it can change very easily,” Minister for National Development Lawrence Wong has warned.

“Despite our very best efforts, we have to be mentally prepared for the number of infected cases in Singapore to go up,” said Mr Wong, who co-chairs the multi-ministry task force combating the virus spread and made these remarks after announcing a series of control measures on Tuesday.

These include barring entry to visitors with a history of recent travel to Iran, northern Italy and South Korea, as well as a swab test for visitors who are symptomatic at checkpoints.

The Health Ministry is also asking Singaporeans to defer non-essential travel to Iran, northern Italy, South Korea and Japan where there have seen spikes in cases.

Wong noted that in other countries, where you have very few cases for a few days and then suddenly, one incident occurs… and there is a sharp spike in cases and sustained transmission. This has happened elsewhere; it can happen in Singapore too,” he said.

He added that countries which do not report a lot of cases may still have undetected cases going around.

“We cannot stop it from happening. The only way to stop it is if you were to isolate and shut ourselves out from the world. But I don’t think that is a tenable situation,” he said.

However, border controls still have their purpose at this stage.

“We can still identify where the sources of risk are, and we can take appropriate measures to reduce the risk from these infected sources… By doing so, we flatten the epidemic curve in Singapore. We buy ourselves time, and we avoid a situation where our hospitals get overwhelmed by a sudden surge of cases,” said Mr Wong.