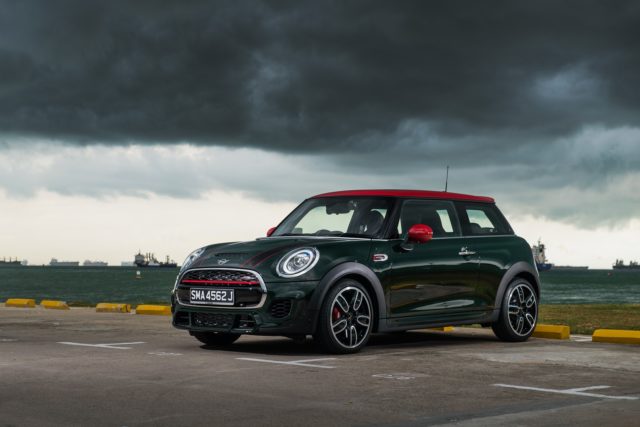 Ever since legendary engineer John Cooper discovered the sporting talent of the classic Mini presented in 1959, his name has stood for maximum driving fun and spectacular success on the race track with the small British car. With its irresistible temperament and enthralling performance figures, the new MINI John Cooper Works models represent the epitome of supreme driving pleasure based on a longstanding experience in motor racing and bears witness to the tradition-steeped link between MINI and John Cooper Works.

MINI has carried this passion for motor racing in its genes for 59 years and this is expressed more intensely than ever before in the extreme driving fun offered by the latest generation. The exceptional standing of the new MINI John Cooper Works is due to the most powerful engine ever installed in one of the brand’s serial production models, suspension technology refined with racing expertise and model-specific design features which not only optimise the car’s aerodynamic features but also underscore its exclusive charisma.

This set of unmistakable characteristics can be attributed to the technology for the engine, suspension, body and interior being derived directly from motor racing that defines the exclusive, performance-oriented character of the new MINI John Cooper Works. Combined with the further refined product substance of the new MINI, a top athlete has been created for fans who appreciate authentic race feeling, premium quality and a high level of everyday practicality.

Bright and dazzle-free: adaptive LED headlights with Matrix function for the high beam.

A modified design for the characteristic circular headlights make the hallmark front view of the new MINI John Cooper Works even more powerfully expressive. In the LED headlights, the high-quality technology is underscored by means of an entirely newly design of the light sources. The latest generation of the LED modules for low and high beam offers increased brightness. The LED daytime driving light and the turn indicator light are generated by a ring which surrounds the entire contour of the headlight.

Likewise the standard adaptive LED headlights automatically adjust their brightness to the situation on the road. When driving through a city or in the event of limited visibility due to the weather, it is possible to add in the turning light so as to intensify illumination of the side section of the roadway. Meanwhile a specifically increased range of the low beam ensures optimum illumination of the road when driving on the motorway.

The adaptive LED headlights now also feature an automatic selective dip function for the high beam. The innovative Matrix technology for the high beam increases visibility range while at the same time avoiding any dazzle effect for other road users. For this purpose, it is divided into four horizontally arranged segments, which are activated and deactivated independently of one another at speeds of over 70 km/h.

The high beam segments are controlled based on the situation on the road. As soon as the MINI front camera registers an oncoming vehicle or a vehicle driving ahead, the space that vehicle occupies is only illuminated at low beam brightness. This is done by deactivation of the Matrix high beam segments that are responsible for the space in question. The remaining areas of the road continue to be illuminated at high beam brightness.

The list of optional equipment items features an additional means of customising the exterior design. With the optional Piano Black Exterior, the surrounds of the headlights, rear lights and radiator grille are finished in high-gloss black instead of chrome.

In addition, the standard MINI Yours Interior Style Piano Black is now available with illumination. As well as surfaces in the area of the doors and centre console finished in Piano Black, this also includes a rear-lit decorative strip for the instrument panel on the passenger side. The latter is likewise finished in Piano Black as well as bearing a stylised Union Jack motif. The colour of the background lighting for the decorative strip is the same as the mood of the ambient lighting selected by the driver as part of the MINI Excitement Package.

An 8-speed Steptronic sports transmission comes as standard on the new MINI John Cooper Works. This includes shift paddles at the steering wheel for particularly spontaneous manual intervention in the choice of gear.

The Steptronic sports transmission for the new MINI John Cooper Works allows the use of the coasting function in MID and GREEN mode as well as the latest generation of the auto start/stop function. Navigation and front camera data can now be incorporated in the control of the latter, too. If the vehicle is fitted accordingly, this allows situations to be identified in which it is better not to switch off the engine: for example when stopping briefly before making a turn or entering a roundabout, or if the traffic ahead has started moving again.

The innovative optional equipment for the new MINI John Cooper Works includes telephony with wireless charging option. A storage compartment integrated in the centre armrest enables wireless charging of mobile phones which offer this capability. This option also includes a second USB socket in the front section of the centre console. Apple CarPlay comes as standard on the new MINI John Cooper Works. 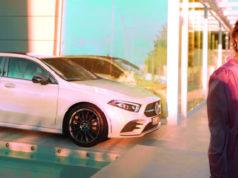 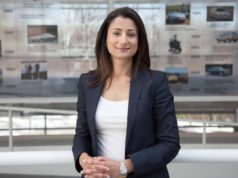 A look back into the future: The classic Mini Electric