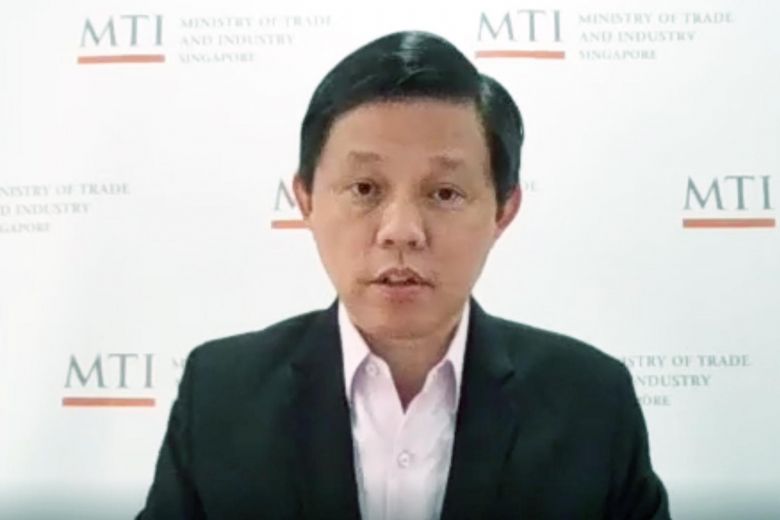 (Singapore, May 4, 2020) Most locals will need to continue telecommuting will even after the circuit breaker ends on June 1, Singapore’s Minister for Trade and Industry has said over the weekend.

Speaking to reporters in a virtual interview, Minister Chan Chun Sing said that on-site work activities had already been reduced to about 30 percent prior to the circuit breaker, which began on April 7, and they will likely return to this level when it ends. Some 17 percent of Singapore’s workforce currently commutes to work as they are in essential services.

“For those who are able to work from home, we expect them to continue to work from home for the foreseeable future,” said Mr Chan, noting that many have already become accustomed to using online platforms for meetings and other work activities.

“So we will not be able to open some of the social entertainment outlets, but we are focused on our manufacturing capacities and production capabilities first,” he said, adding that sectors that allow Singapore to trade with the world and access critical supplies will progressively restart first.

The Government is looking at help schemes for sectors that will reopen later, he added.

“If we can continue to sustain very low numbers in the community spread, it will give us greater confidence to progressively open up more sectors to recover as near to full capacity as we possibly can”, he said while noting that there is no timeline for when the economy will return to full capacity.

“We will make sure that we maintain the connectivity for all our air, land, and sea links, not just for Singapore, but also for the region and the global supply chain,” he added.

His comments came a day after the government laid out plans to ease some of the tighter restrictions put in place during Singapore’s circuit breaker.

The government announced that some businesses would progressively reopen as of May 12.