Home Featured Articles Xiaomin Li, Founder of WinTech-Nano, was featured on the cover of Fortune...

(Singapore, 18 May 2021) Xiaomin Li, the Founder of WinTech-Nano was featured on the cover of the May 2021 issue of Fortune Times. WinTech-Nano was founded in 2004 at Singapore by Mr. Li Xiaomin and the company has setup two world-class labs at Singapore science park II and Suzhou industrial park, and equipped with world class analytical instruments for semiconductor analysis and testing. In the semiconductor chip industry, Li’s entrepreneurial spirit of breaking new ground and his proposed of Shared Laboratory Model – Labless, which will potentially impact the semiconductor industry, made him to be the first person on the cover of Fortune Times magazine with a background in the semiconductor industry.

Today (18th),  an online press conference. At the press conference which was jointly held by WinTech-Nano and Fortune Times, Xiaomin Li shared his 17-year experience of starting the business in 2004, which contained his profound insights into the industry. Xiaomin Li pointed out that, since the 1980s, some sub-sectors of the global semiconductor industry, such as packaging and other processes, have shifted from the United States.

According to the data of U.S. SIA (Semiconductor Industry Association) in September
2020, the U.S. share of the global semiconductor manufacturing market has declined
severely, and 75% of global chip manufacturing capacity has shifted to East Asia, with
China becoming the world’s largest equipment market for the first time in 2020.

In the past of the semiconductor chips industry, the IDM model which covered the entire
process of chip IC design, manufacturing, packaging, testing had dominated the world.
By the 1980s, the Foundry model emerged, while the Fabless model, which was only
responsible for chip design, was also spawned. The sudden global epidemic, as well as the
short-term unmitigated technology competition between China and the U.S., has increased the conflict between supply and demand of chips worldwide. When chip manufacturing capacity increases, it will certainly drive a surge in demand for failure analysis testing.

Xiaomin Li predicted that the future trend of the chip industry will be increasingly resource-concentrated while industry segmentation, division of labor and cooperation will be the necessity. Based on this prediction, he proposed the fourth operation model – Labless that may affect the whole industry, which solves the pain points of equipment and talents in the semiconductor industry and responds to the needs of market development.

There is always a representative figure of different industry in each era, such as Morris
Chang in the era of semiconductor Foundry, and Elon Musk in the era of electric vehicles.
Also, there is always a Key Opinion Leader in each industry, such as Steve Jobs in Apple
and Ren Zhengfei in Huawei. Meanwhile, Xiaomin Li’s next goal is to upgrade WinTech
-Nano from an analytical testing company to an Internet big data diagnostic platform.
Through the successful case of WinTech-Nano, Xiaomin Li will become the pioneer who
leads the semiconductor chips industry into the Labless era.

At the press conference, the Vice President of Hitachi High-Tech Scientific Arihiro Watanabe, said that the biggest and persistent problem in the semiconductor industry is the problem of talents. Moreover, China’s semiconductor industry is developing very rapidly, and there is not enough time to train these engineers. In this sense, “Labless” is an excellent solution for sharing these precious resources.

Ang Wee Seng, Executive Director of the Semiconductor Industry Association of Singapore (SSIA), attended the online press conference. He mentioned that with the growth of WinTech-Nano, local semiconductor-related companies will inevitably draw inspiration from its success to promote the entire semiconductor industry.

Dr. Zhang Jun, the editor of Smart Times which is a sub magazine that focuses on Technology, pointed out that, Xiaomin Li is the first Cover Figure of Fortune Times magazine with a background in the semiconductor industry and the youngest Cover Figure in the field of science and technology.

Since its establishment in 2004, Fortune Times has only invited leaders with exceptional
leadership and outstanding business performance to be featured on its cover. The success
of Xiaomin Li and the growth of WinTech-Nano have showed an entrepreneurs’ strategy
and wisdom of leveraging on Singapore’s advantages to explore the market in China and
the blue ocean in the semiconductor chip sector.

Being the youngest Cover Figure of Fortune Times, Li said it is an honour and an
encouragement for him, and he hopes to use his expertise and resources to build a
technology bridge between Singapore and China.

Annie Song, the founder and editor-in-chief of Fortune Times stated that, Fortune Times and WinTech-Nano were all founded in 2004, they can be described as “peers of the same age.” As a Southeast Asia’s leading Chinese business magazine, Fortune Times based in Singapore, aims to take the pulse of China’s century-long rise and gains insights into the regional future.

In the upcoming May 2021 issue, please follow Xiaomin Li to get a closer
look at how he serves to protect chips, masters the unique opportunities, and creates the
latest business models in the semiconductor chip industry. 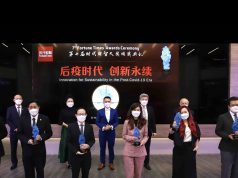 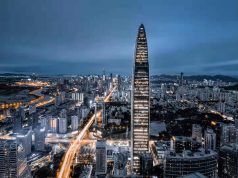