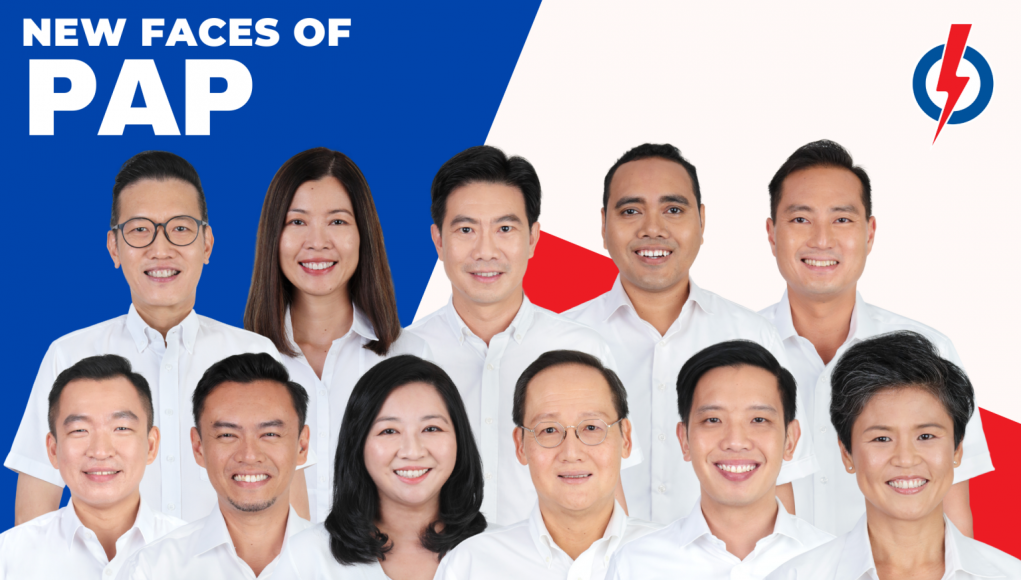 Also yesterday, the PAP unveiled 11 new candidates on the second day of its candidate introductions.

They are part of the total 26 new candidates which will be introduced over three days.

In his opening remarks, Mr Heng pointed out how the candidates have been volunteering and contributing in their own capacities within different communities, and their experiences formed the basis for them to join the Party so that they can improve the lives of our people.

This is also the essence of the Singapore Together spirit, Mr Heng added.

From the introductions, Heng noted the candidates were brought up in fairly modest backgrounds and Singapore’s conditions have enabled them to achieve their goals and be at their best. Heng stressed that such conditions – affordable education, equal opportunities for all – must endure for Singapore, and Singaporeans to progress further.

Touching on the criteria for selection of candidates, Mr Heng said the PAP’s candidates go through a rigorous selection process and have been assessed on their track record and experiences. The process is to ensure a diverse team that can reach out to all Singaporeans from different walks of life.

Heng called on Singaporeans to give their trust and confidence to our PAP candidates: “I hope fellow Singaporeans will support them strongly, so that we can have a strong team that shares the same ideals and from there, we can go out together in the years ahead to strengthen Singapore’s foundation even further and to take Singapore further ahead.”

According to the PAP website, the candidates introduced earlier today are as follows:

Former public servant, 48-year-old Ng Ling Ling was named Woman of the Year by Her World Singapore in 2018, for her work as former managing director of Community Chest. Social causes have always been Ling Ling’s passion, and she made a career switch to social and public services after being in banking for six years. She attributes her humble childhood and upbringing as the inspiration to pursue her passion.

Tan Kiat How, 43, a former civil servant, and his wife are expecting their first child later this year. Kiat How was very close to his grandmother, and one of his earliest memories was trekking up Mount Faber with her to see the cityscape. His grandmother was the motivation for him to accept the role to set up the Pioneer Generation Office, now known as the Silver Generation Office. He wanted to repay the gratitude to the Pioneer Generation who went through tremendous hardships to build Singapore to what it is today. He wants to do more to keep Singapore going, and to pass on a fair and just system to the next generation.

A medical practitioner with more than 30 years of practice, 56-year-old Dr Tan See Leng was the group CEO and MD of IHH Healthcare, second-largest listed hospital group in the world by market capitalisation. He obtained a scholarship and bursary to complete his junior college and university education. He also gave private tuition to make ends meet. He decided to study medicine after he saw how doctors had helped his mother through her serious illness. After graduation, he had to deal with the dire financial straits his family was facing. That experience moulded him and taught him skills which later proved invaluable when he started a medical clinic. That clinic later grew into one of the largest private primary healthcare groups in Singapore. He hopes that with his experience, he can play a part in shaping a better future for Singapore.

Zhulkarnain Abdul Rahim, 39, a partner at Dentons Rodyk and Davidson LLP, has always been drawn to community service and to contribute beyond the scope of his legal practice. For the last decade, Zhulkarnain, a father of three, has been conducting free legal clinics and doing pro bono work as an assigned solicitor with the Legal Aid Bureau. He believes this is how he can do his part to assist the underprivileged in getting access to justice.

Alvin Tan Sheng Hui, 39, the Head of Public Policy & Economics at LinkedIn, struggled to keep up in school and faced multiple setbacks at the start of his career. He was grateful to the mentors in his life that helped him to get back on his feet. These learning opportunities and experiences taught him to be empathetic, resilient and adaptable. He has been an avid volunteer since 2005, serving at Chinatown and wants to help Singaporeans to navigate the current crisis of our generation.

Former civil servant, 41-year-old Eric Chua Swee Leong, hopes to be the voice of the youth and champion their concerns. An avid grassroots volunteer of 15 years, Chua was previously Chairman of the People’s Association Youth Movement’s Central Youth Council and various grassroots committees. He has had the privilege to work with younger grassroots leaders and youths to mentor them in their endeavours.

Dr Wan Rizal is a senior lecturer in sports and exercise science at the School of Sports, Republic Polytechnic. The 42-year-old father of four was a Normal academic student who obtained his post-doctorate degree from Nanyang Technological University (NTU) in 2017. He firmly believes that education is an important factor of social mobility, and it is important to ensure that Singapore can continue to provide quality education with multiple pathways to achieve success.

Yeo Wan Ling, 44, has her heart for the community. Her passion for the community has led her to set up the Caregiver Group, a global company that specialises in healthcare at home. The Group includes Caregiver Asia, a social enterprise that connects families in need of care with freelance caregivers. Before her current role as co-founder and Chief Executive Officer of Caregiver Asia Private Limited, Yeo was with the Singapore Economic Development Board (EDB) as part of their Global Operations.

With 27 years of experience in the finance and banking industry, Managing Director and Head of Group Audit of DBS Bank, Derrick Goh Soon Hee, 51, attributes his success to Singapore’s meritocratic system. Derrick, who gave tuition to put himself through university, always has the people he serves in mind. His prior leadership stint with POSB saw the set up automated teller machines for aurally and visually handicapped and specialised banking centres in the heartlands and near foreign workers’ dormitories. An avid volunteer since 2013, Derrick hopes to further national conversations and provide perspectives on how the government, businesses and individuals can create more synergies to improve the lives of Singaporeans.

Poh Li San, 45, Vice President for Terminal 5 Planning, Changi Airport Group, was formerly a Search and Rescue helicopter pilot with the Republic of Singapore Airforce. She was also the first female full-time aide-de-camp to former President of Singapore, the late S R Nathan. Li San has been an avid volunteer with the grassroots organisations since 2018. She started various community initiatives for women as well as helping the rental flat residents in Sembawang. She would like to do more to help those who need support.

Raymond Lye Hoong Yip, 54, had previously served as Magistrate and Deputy Registrar of the State Courts before he founded Union Law LLP in 2014. The 54-year-old litigator is passionate about his work, and the same values of fairness and a level playing field motivates him to serve the community. In recognition of his long service in community work, Raymond was awarded the Grand Award for Community Service in 2017 for his 25 years of volunteering. He firmly believes in meritocracy and wants to ensure Singapore leave no Singaporean behind. 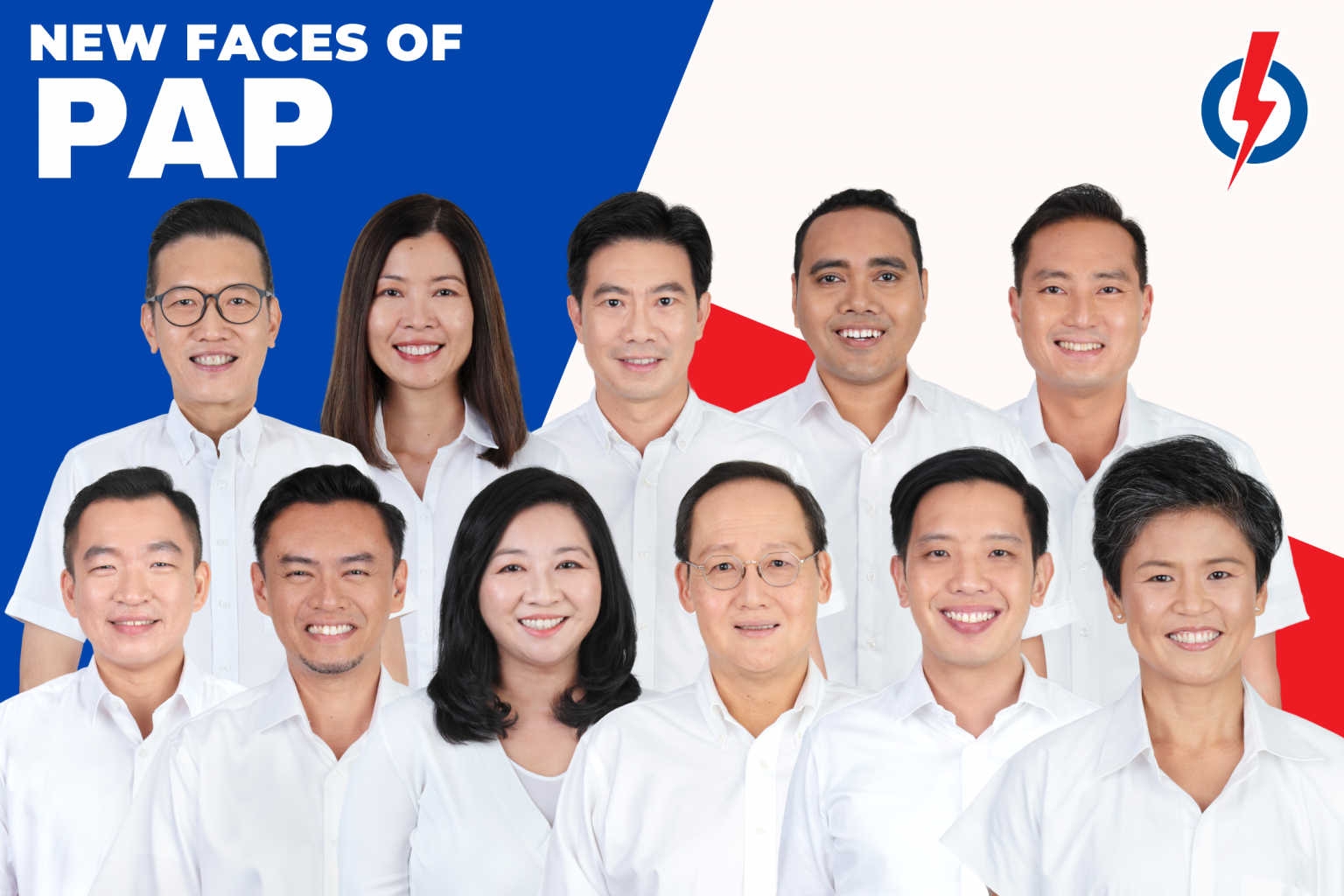